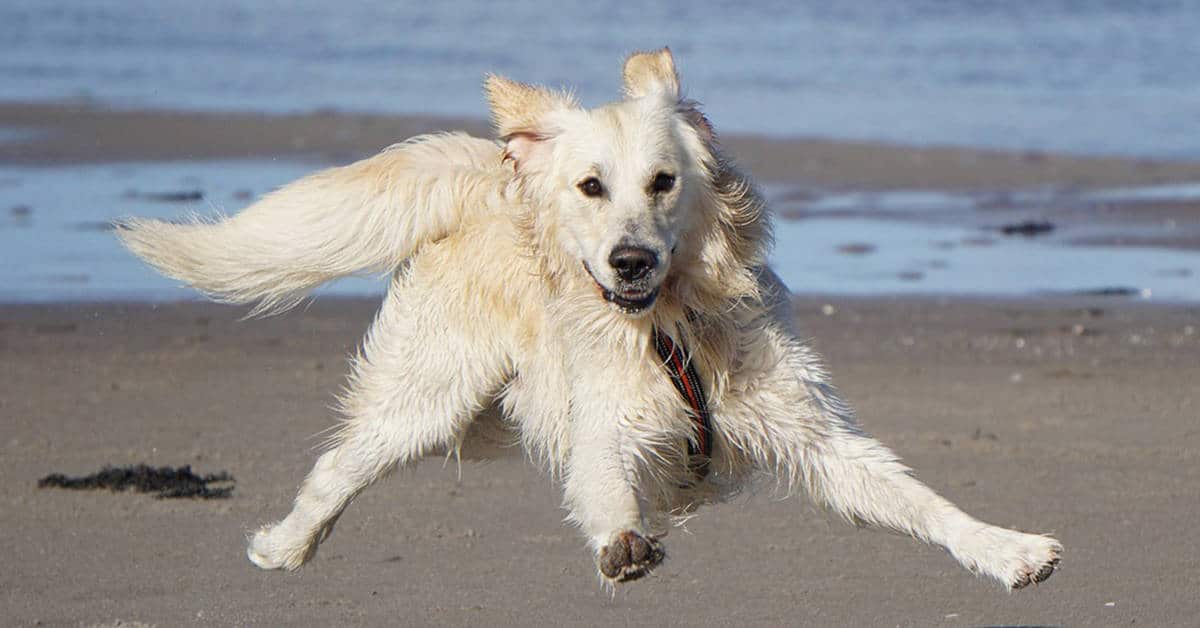 They’re tiny, fluffy, and super cute, so it’s actually fun and sweet when they jump on you, right?

Well, maybe when they’re tiny it is, but they won’t be won’t be tiny for long and when a 70 lb golden retriever jumps on you it’s not so cute!

In this post, you’re going to learn how to teach your golden retriever to quit jumping on people step by step.

Why Do Golden Retrievers Jump?

They want to interact with us and greet us, and they like to greet people face to face.

We communicate with our eyes and mouths, plus there are lots of smells up there, so it makes sense that they want to engage with our faces.

However, the problem is that since we stand so much taller than them, they try to jump up to meet us face to face.

Other reasons goldens jump include:

Now many people think dogs jump to be dominant, however, that’s not true.

It’s not out of aggressiveness or dominance, but merely an excited and enthusiastic feeling.

It’s sweet, but it’s still a problem, so let’s talk about how to solve it… 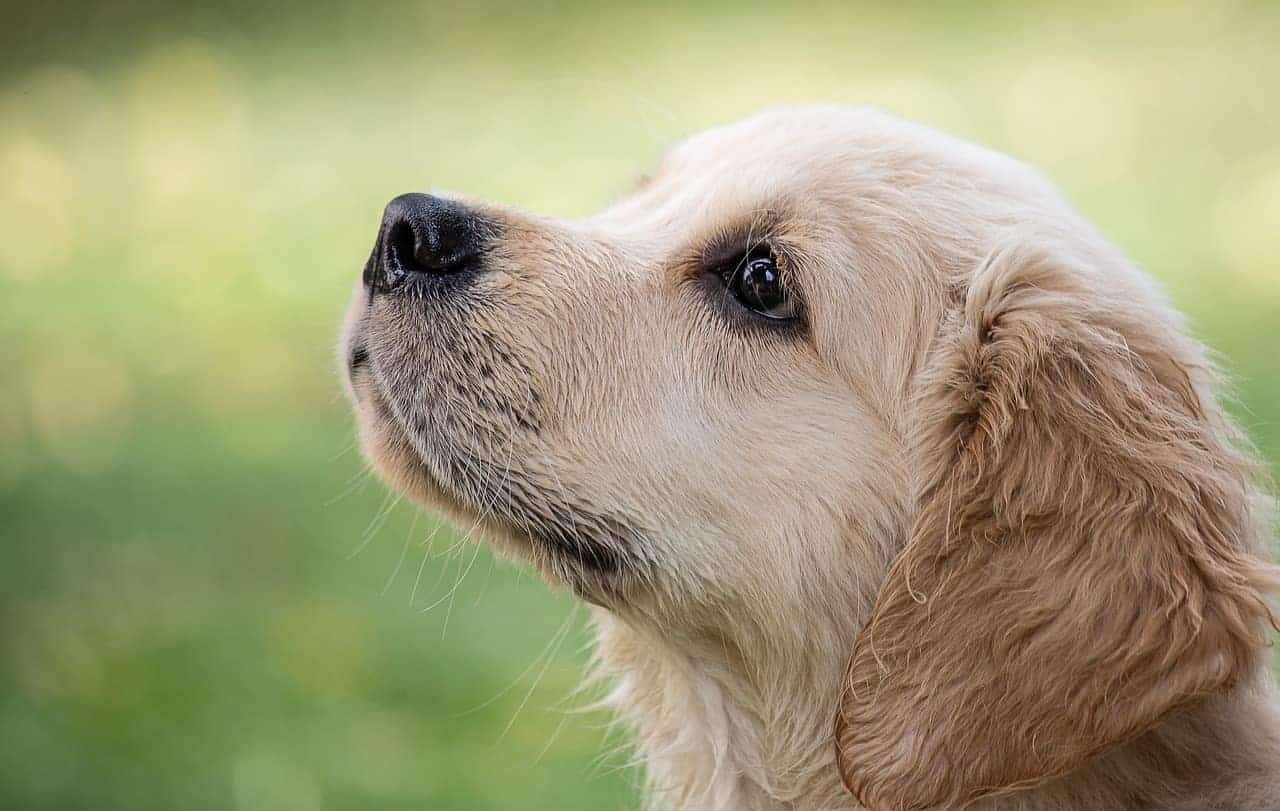 Before you do anything else, do this: make sure your golden retriever doesn’t get any reward for jumping.

Rewards in this case include:

They want your attention and when they jump and you give it to them, you’re just encouraging them to jump.

Whether they’re a young puppy or a rowdy teenager, when you’re greeting your pup, make sure to only interact with them when all four paws are on the floor.

However, there’s a lot more to it, so let’s get into the steps.

Here’s a spoiler alert: to get your dog to not jump on people, one of the best ways is to get them to do something you do want them to do.

In most cases, it’s asking them to sit when they’re greeting you and others.

So before you can start really working on teaching them to not jump, you have to teach them to sit and stay seated while you greet them.

One of the big reasons dogs jump is because they have pent up energy and they can barely contain it when they see you.

So before training or greeting people, make sure to tire out your pup both physically and mentally.

You can do this by playing fetch, tug, or giving them a puzzle toy like a frozen kong (great for mentally wearing them out).

Remember, a tired dog is a good dog.

And in this case, a tired dog won’t be bursting at the seams with enthusiasm trying to jump up and lick your face.

Step 2: Teach Them What You Want Them To Do

Telling your dog, “Puppy, please don’t jump on me,” won’t make sense to them.

Instead, you need to show them with your actions and your words what you want them to do.

The most straightforward way is to ask them to sit.

The best time to correct an unwanted behavior is right before it happens, so when you see your puppy is about to jump, ask them to sit, and then praise them and give them treats when they do.

You can also teach them what you want by rewarding them for good behavior and ignoring them for unwanted behavior.

For instance, if you walk in the door and they’re leaping up on you, ignore them.

They might keep jumping for a few seconds but the moment they sit their fluffy little butt down, praise the heck out of them.

However, with this strategy, you need to be careful because when you reach down they might leap up again, so it may take a few tries for you to actually be able to reward them with all four paws on the floor.

Once you’ve taught your puppy what you want them to do, you need to practice it.

You can set aside some time for training where you walk in and out of the door and just practice polite greetings.

You can also turn every time you come home into a mini training session where you’re intentionally practicing sitting and not jumping.

A huge part of how successful they’ll be at learning to not jump on you is how consistent you are.

If you sometimes reward them for jumping up on you, then they’ll sometimes (if not all the time) jump up on you.

Another way to practice polite greetings is to bring over a friend or family member and practice with them.

This leads us to the next point…

For one, they see you all the time, so seeing new people may excite them a little extra.

And two, other people don’t always stick to the rule of not giving them any attention when they jump.

For instance, my in-laws absolutely love my golden, Oliver.

When he was a puppy they would come over and he would leap up on them and they would just praise and praise him.

Now I’m not pointing any fingers, but he jumped on people for a long time…

All jokes aside, it was my fault he jumped up on them.

When you’re teaching your puppy to not jump on people, you need to control the environment.

And the best way to do that is to keep your puppy on a leash.

That way, even if you have loving doggy grandparents, you can stop your puppy from jumping up, getting rewarded, and setting your training back.

How To Teach Your Puppy To Not Jump On Other People

When your puppy greets new people, first ask her to sit a few feet away from them.

Then, invite them to greet her, but tell them that they can only pet her if all four of her paws are on the floor.

If your puppy breaks the sit before they can greet her, then you need to try again.

It’s ok if it takes a few tries because it’s important that they don’t reward your dog for jumping.

Eventually, she will get it right, and your friends and family will enjoy being part of this learning process.

We’ve talked on and on about this already, but it’s important to reiterate that the biggest mistake new golden owners make when trying to teach their dog not to jump is rewarding them for jumping.

Whether that reward is a pet, a “hi puppy!” or even eye contact, and whether it comes from you or your neighbor who says, “I love when puppies jump on me!” it’s setting your training back every time.

Make sure to always respond appropriately when you’re greeting your puppy, and control the environment by using a leash when your puppy is around others. 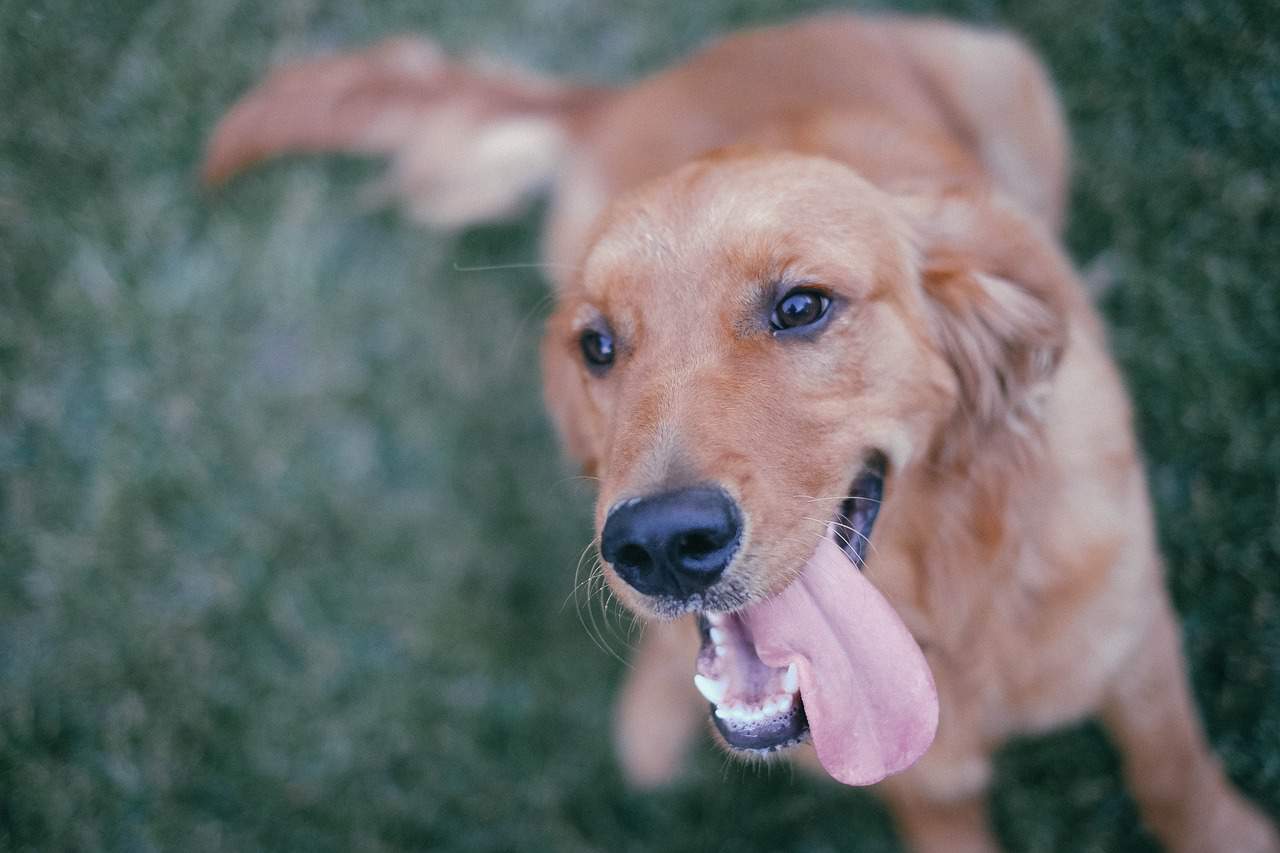 Although golden retrievers jump because they’re excited to greet us, and it might be cute when they’re a tiny little fluff, it can be a big problem when this habit continues into adulthood.

To stop them from jumping you can:

It takes time, but if you stick to the steps above, your golden retriever will learn to not jump up on people.

Have any questions about teaching your dog to stop jumping?

Let me know in the comments below.

And if you know someone with a golden who jumps, please share this with them!

P.S. If you liked this article, you’ll love our guide to teach your puppy to stop biting and nipping.