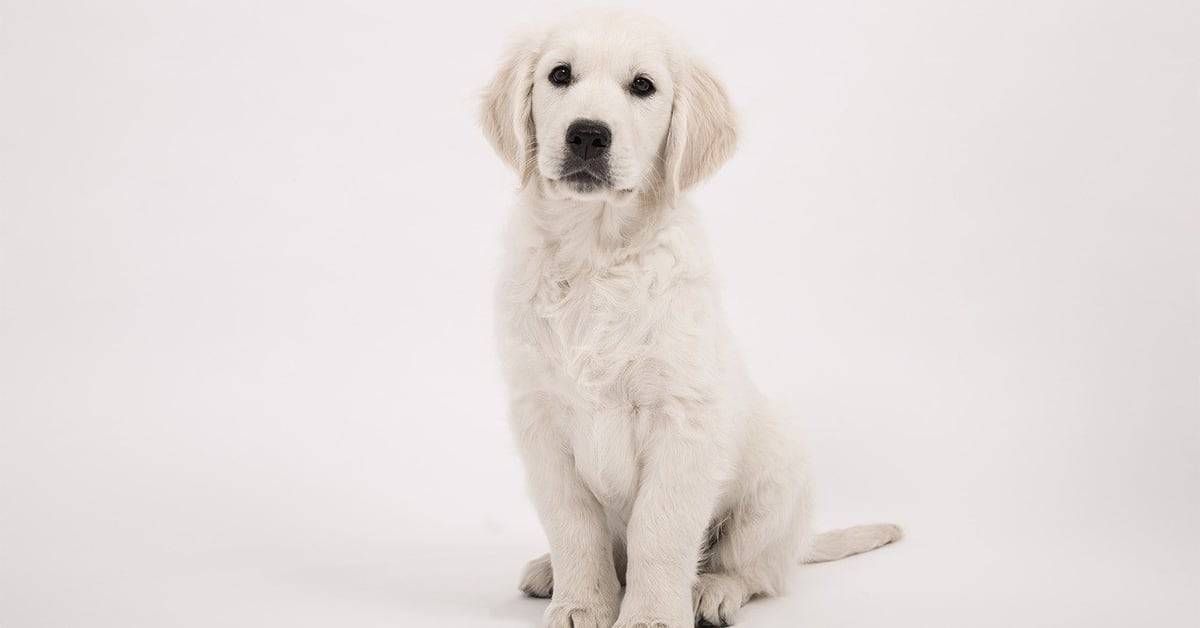 But are any of these claims even true?

In this post, we’ll address the eight common lies about white golden retrievers and share the truth with you.

No matter what color a golden retriever is, here’s the most important thing when it comes to health and personality: its pedigree.

For example, if a golden retriever comes from healthy, good-tempered parents, grandparents, and great-grandparents (no matter what shade of gold they are), its likely to be a happy, healthy dog.

On the other hand, if cancer and hyperactivity run rampant in a dog’s genes, it’s likely to pass that on to its puppies.

So keep this in mind as we dive into the eight common lies about white golden retrievers. 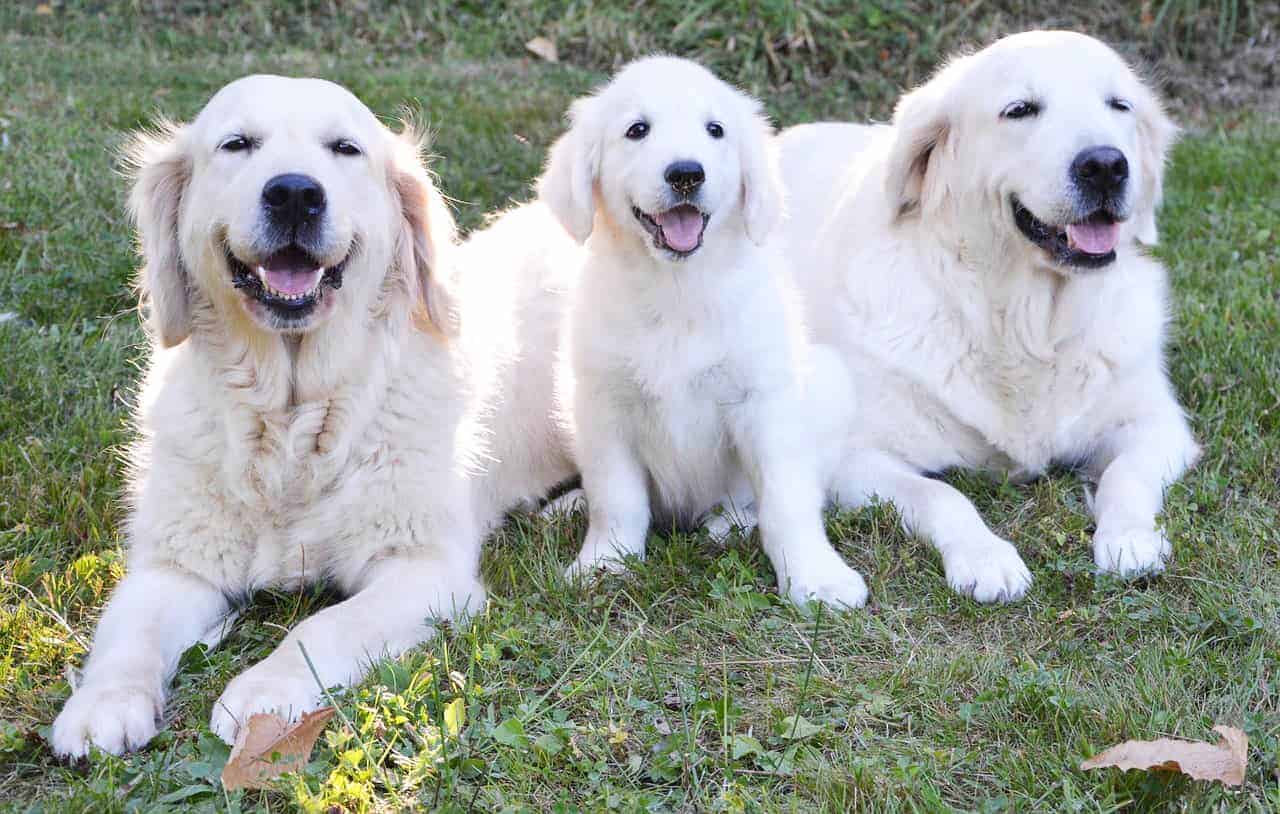 This is a lie because “white” golden retrievers aren’t actually white, they’re cream-colored, or pale golden.

And another thing about their color—color can vary within a litter, so two cream-colored goldens may produce dogs that are lighter or darker than them.

And here’s the thing about English Cream golden retrievers: most of them aren’t from England!

Golden retrievers are originally from Scotland, so they don’t get the name from the breed’s country of origin, and most breeders in America who breed these dogs import them from all over the world, including:

Here’s how they probably got this name…

In the early 1900s, all dog shows were in England.

And here we are 100 years later still calling them “English” golden retrievers (source).

Some people think that white golden retrievers are a different breed.

They have similar personalities, tendencies, and many of the same physical traits (besides their lighter coats, obviously).

They’re not not healthier, it just depends on their pedigree. 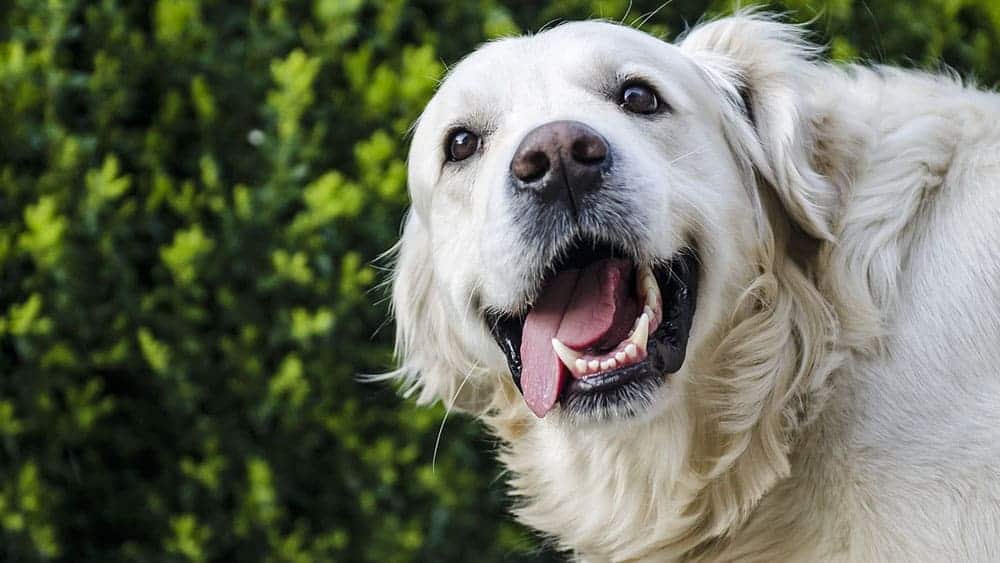 It’s not that they have worse temperaments, it’s just that their temperaments depend on their pedigree, not their color.

This is part of the reason it’s so important to pick a good breeder if you want a good dog.

All golden retrievers shed a lot.

Given that English Cream goldens have long, thick coats, the chances that they shed less are very slim.

This is a lie because not only are they becoming more popular in the US, but they’re also very popular outside of the US.

This lie, like many of the others, may have been spread by those trying to make some extra money off of these goldens.

Lie #8: They’re Not Recognized By The AKC

You can get registration papers on your English Cream golden retriever if your breeder has them.

The reason many people think that golden retrievers are not recognized by the AKC is because the breed standard says, “Predominant body color which is either extremely pale or extremely dark is undesirable.” 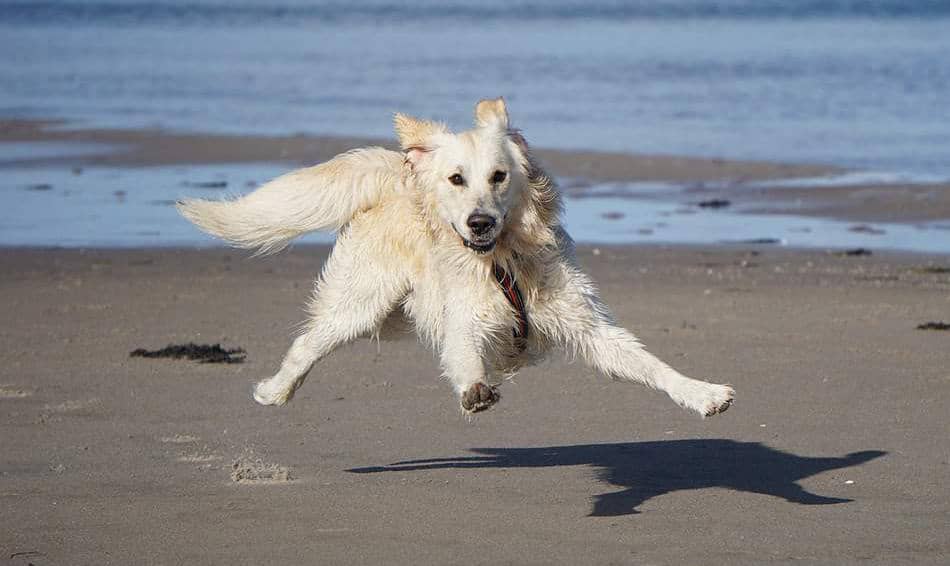 Just kidding, enough with the lies!

In this next section, we’ll get into some truth about these wonderful dogs.

The Truth About “White” Golden Retrievers

Light-colored goldens are great family dogs that are typically stocky with blocky heads.

They’re sweet, loving, devoted, athletic dogs that love to have fun and will be playful puppies for a long time (some even claim that these dogs are puppies for life!).

This could be because good breeders have decided to breed this style, so they naturally charge more, or because many of the lies above are rampant and people can get away with charging extra for them.

Either way, expect to pay more if you want one of these beautiful goldens.

So there you have it, the lies and truths about white golden retrievers.

Have any questions about these goldens?

Have you owned one of them?

And if you liked this article, you’ll love our Complete Guide To Golden Retrievers!

Jake (the human) and Oliver (thinks he's a human) are the two behind Golden Hearts. Jake believes that golden retrievers are the best dogs, and that you should always check your poop bags for holes. Oliver believes every day is the best day. Learn more about Jake & Oliver here.

Continue Reading
link to Are Golden Retrievers Good With Cats? (What Every Owner Should Know)

Although our culture has led us to believe that cats and dogs are sworn enemies, most dogs and cats actually get along quite well. In particular, according to the AKC, golden retrievers are one...

Jake (the human) and Oliver (thinks he's a human) are the two behind Golden Hearts. Jake believes that golden retrievers are the best dogs, and that you should always check your poop bags for holes. Oliver believes every day is the best day. Learn more about Golden Hearts here. 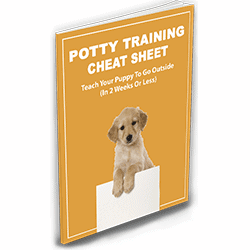